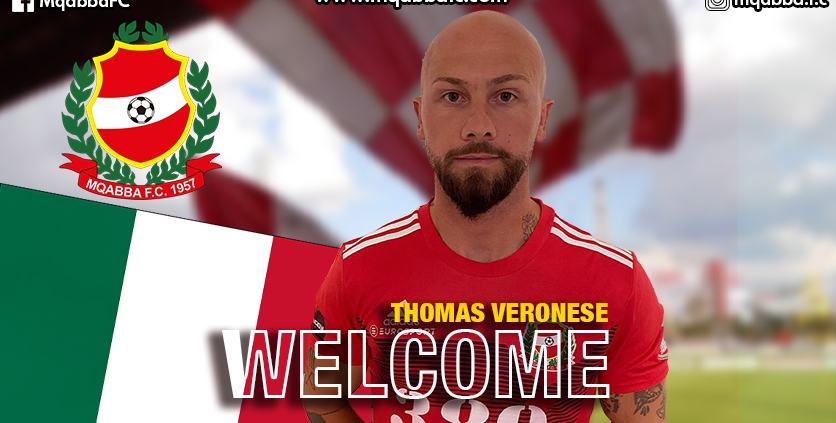 The club has reached an agreement with the Italian Left Wing/Back Thomas Veronese.

After his professional carer in Italy playing in both Serie B & Serie C, Thomas joined premier league side Mosta in Season 17/18. During that season Thomas was a regular team player where he played 26 games.

In Season 18/19 Thomas, played for Tarxien Rainbows where he played 22 matches and netted 2 goals. The next season Thomas Joined Gzira United and made his debut in the UEFA Europa League Qualifications. Last season Thomas played for Gudja United in his 4th season in the Maltese Premier League.

With his experience, we hope that Thomas bring a positive winning mentality to help our club reach the season objectives!